INTERNATIONAL RETURN OF THE POP IDOL!

PREMIERE OF A NEW GREAT KOVALCZYK VIDEO CLIP “RAISE ME UP” DIRECTED BY MICHAL JASKULSKI!

It’s been already ten years since KOVALCZYK was the 3rd finalist in POP IDOL competition. The most emotional artist of all editions of the program was watched and admired by over six million people in Poland.

In his own compositions on the album and “Raise Me Up” video clip he shows even more than we could remember from the show: unique and mature vocal timbre, charismatic personality and perfect dancing. Undoubtedly, KOVALCZYK’s new video clip is his big return in the music industry! The video clip and the single are a great success in Poland and in Israel, Lebanon and Japan! They promote KOVALCZYK’s second album ”KOVALCZYK BIG BAND PROJECT”, which appeared on many charts as one of the best albums of 2013.

“I don’t very often hear the music that makes me want to direct the video clip. It has to be full of emotions which you want to try to visualise. The album “KOVALCZYK BIG BAND PROJECT” was just the case. Working on this project was also very comfortable as the producer managed to involve in it very best crew. That’s why I managed to obtain very high quality using quite simple devices” – Michal Jaskulski, director.

On this album KOVALCZYK was accompanied by best and many times rewarded Polish musicians. It was live analogue recording, which was a tribute to the sound of unique vinyl records. The album is a combination of unforgettable sounds of Big Bands from the 50’s and 60’s (which were a great inspiration for the artist) and modern funky, jazz and pop music!

The album was published by artCONNECTION music, the company established by KOVALCZYK and distributed by Warner Music Poland Sp. z o.o.

On YouTube you can find some documentary about  how the album was recorded: www.youtube.com/KOVALCZYKeu
Teaser of a new KOVALCZYK BIG BAND PROJECT album: http://www.youtube.com/watch?v=gmolGH8xWaA

Michal Jaskulski graduated The Polish National School Of Film, Television And Theatre in Łódź in the camera operating department. He shot over 40 video clips. He also directed and shot the clip promoting „Jesteś Bogiem” – a movie by Leszek Dawid. He was the winner of Los Angeles Movie Awards 2010, Very Short Movies 2010, Canada International Film Festival and Yach Film Festival. 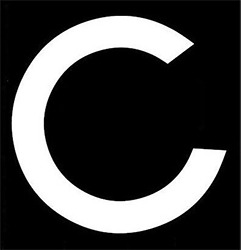